As a sports fan, European leagues are among my favorite. Formula 1 auto racing, World Tour professional road cycling, and Premier League football (soccer) are all very clear, yet healthy obsessions. I also happen to work for a digital agency that believes in digital business transformation, and has helped major sports organizations like the NBA and WNBA to improve their web and mobile platforms. So naturally, I’m interested in how my own fan and spectator experience can be improved through a digital lens.

The first thought that would come to mind for many is improving the social media engagement between sports organizations/leagues, teams, players/athletes, and their fan base. This post is in part about that, but more so focused on how leagues and teams can actually change the very nature of our viewing experiences, habits, and behaviors, with digital at the core.

In researching for this post, the three primary elements in changing the nature of a hard-core fan’s viewing experience for these types of sports are:

To exemplify how these elements manifest themselves, I’ve provided current examples within each of my favorite European based sports.

A truly global series of 19 races (and now 21 races for 2016) in as many countries, F1 is considered the most challenging and technologically sophisticated auto racing league in the world. It’s natural to think that the fan base would be as interested in the complexity of the sport as the team owners, drivers, and engineers would be. And you’d be correct in that assumption. With that, F1 has begun to open the doors to the inner workings of the technical side of the sport to its fans. 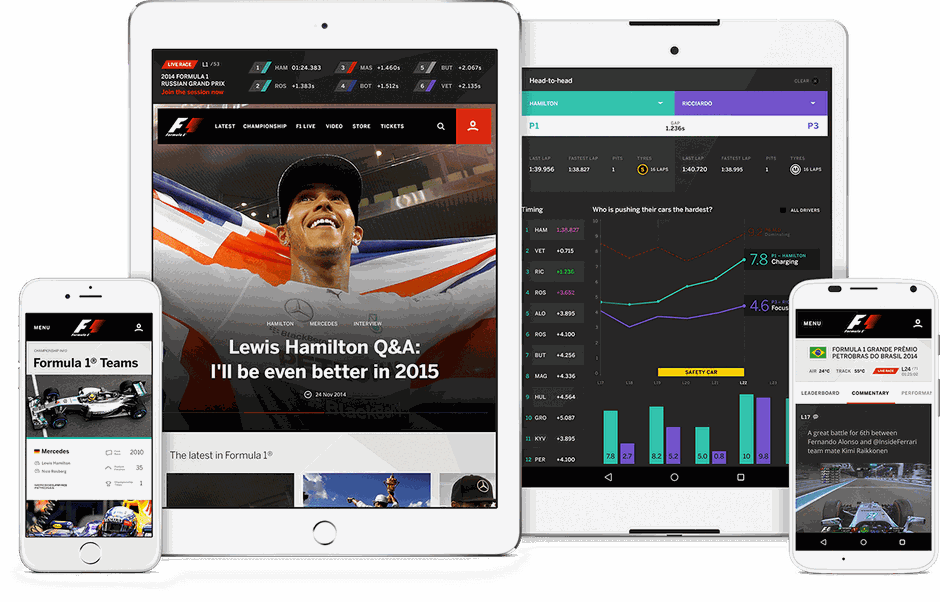 F1 Access – As the preeminent insider view, F1 Access is a subscription-based service that provides fans with access to every single team, driver, racecourse statistic, analytics, and analysis in real-time, direct from the F1 league itself. Most of this content is exclusive to paying subscribers and is available across both desktop/mobile web and through the F1 mobile app.

Sky Red Button Service – The UK’s largest sports broadcaster provides a unique perspective for viewers who subscribe to their Red Button Service that offers the Online Race Control feature. In addition to race related content, the premium aspect of this service allows the fan to choose what camera angle to view the race in full HD video.

Inside McLaren – Easily one the most dominant F1 teams of recent racing history (and of this year’s season), McLaren provides their fans with access to exclusive McLaren content through this mobile app based experience. A key feature inside the app is The Transmission Centre, an aggregated and curated central hub that constantly updates a stream of chat, photography, video, and commentary from a variety of social media sources.

During race sessions, the Transmission Centre’s LIVE panel expands to accommodate constantly updated insights and commentary from the track, including radio conversations and real-time data. 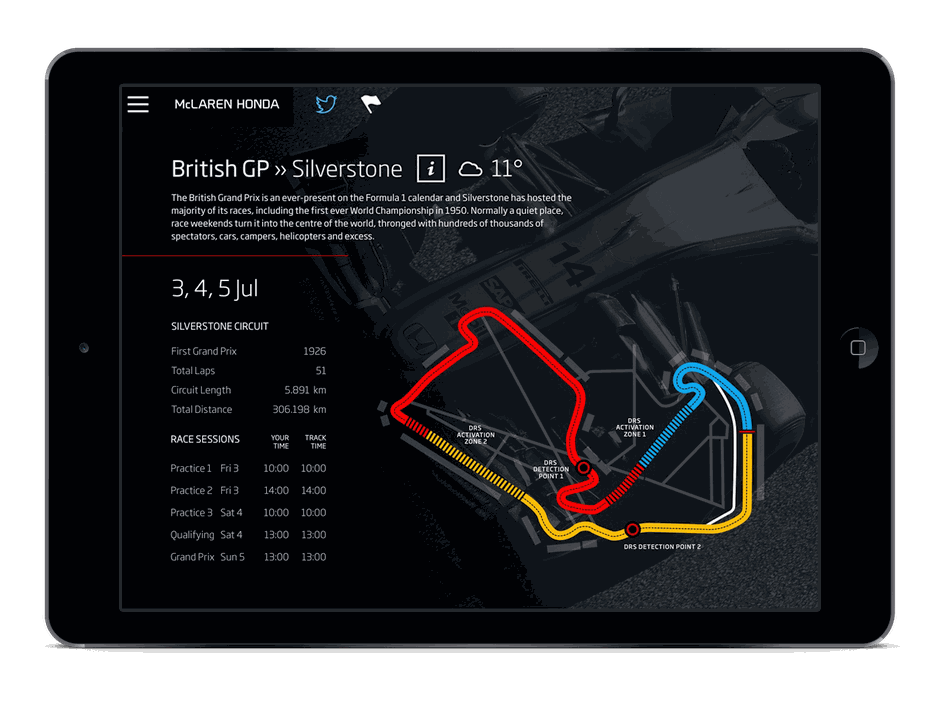 Predominately fan-followed in European countries, the popularity of this “league” with teams and riders emerging from all corners of the globe, has made the World Tour series of professional cycling races into one of the world’s most watched series of sporting events.

The World Tour calendar includes the Spring Classics one-day races averaging over 5+ hours in the saddle and 200km+ in length. The crown jewel events are the three Grand Tours: the Giro d’Italia (Italy), the Vuelta a Espana (Spain) and of course, the Tour De France (France). Each race is over three weeks in duration, with 21 stages each challenging riders over 2,000km+ in length.

Digital fan engagement has always been a challenge for pro (road) cycling as the events take place in public spaces, on the street, in a constant state of movement from town to town, and in the Grand Tour occasions, day after day for weeks on end. Unlike other contained location based sports, pro road cycling has had to find ways to engage an audience dynamically, no matter where the riders are, how fast they are travelling, and across the many hours of the event’s duration.

Geolocation Telemetry – Currently in the testing stages, this GPS enabled technology sits just under the rider’s seat (see the photo below), allowing fans to follow the (180+) riders throughout the race in real-time. This allows fans to literally see the race in a completely different way. Pro road racing by those in the know is considered a “chess match on wheels” with each rider and their teams constantly moving in targeted positions within the peloton, and counter moves to opponents in the group. With this new technology, broadcasters can visualize the individual riders’ location data in a way never seen before. 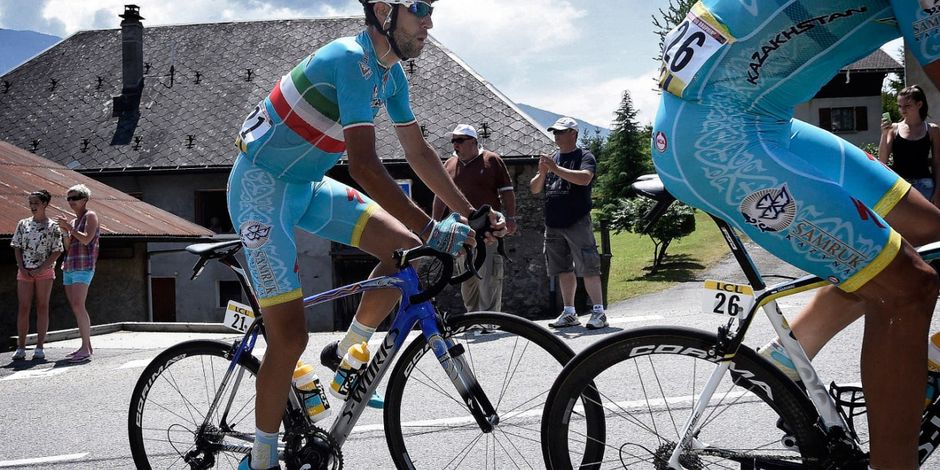 Real-Time Tour Tracker – One of the largest and most prestigious pro cycling road races in the U.S. is the Amgen Tour Of California – a one week, point-to-point race featuring both European and domestic pro cyclists. As with most Tour-style events, the challenge is to provide fans with a different way to view and engage with the race that on average takes 4-6 hours per day to complete. In this case, the additional challenge is limited broadcast coverage through traditional media (i.e. network TV).

Developed specifically for the Tour Of California (and now being used on other domestic and European races), the web enabled Tour Tracker application allows fans to see live race video, real-time rider stats, race commentary, while visually following the race in progress on any desktop and mobile device.

On-Bike Viewpoint – Like most action-orientated sports, it’s challenging for the spectator to have a first-person view of the race at hand. Although the concept of on-board cameras is not new to pro sports (i.e. auto-racing), it’s a brand new idea for pro road cycling. Camera technology has now advanced to provide high-quality images in very compact spaces. With this, one of the world’s most popular bicycle brands, Japan’s Shimano, is partnering with broadcasters to showcase their on-bike cameras to bring fans a truly first person perspective. Want to feel what it’s like to ride a bike at 70km per hour, shoulder to shoulder?

Arsenal Mobile App Football (better known as soccer to many of us) is the world’s most popular sport. The English Premier League is considered the most elite football league in the world. Many of the most valuable pro soccer teams/brands play in this league. The fan base for this U.K. based sports organization is truly global. In most cases, the number of non-U.K. based fans heavily out-numbers those fans in the country where the games are played.

As a result, the EPL must find unique ways to digitally engage with fans across countries, global time zones, and language barriers. Connecting with fans is particularly challenging in countries where there is limited traditional broadcast media that airs live games, like Canada and the U.S.

Global digital fan engagement is a high-priority for top tier EPL clubs such as Manchester United, Chelsea and Arsenal, each of which have empowered fans to connect with their club (anytime/anywhere) across web based digital platforms and through club specific native mobile app experiences. In fact, this form of digital fan engagement has become “green fees” to capture and retain a global fan base.

Player & Game Tracking – As EPL broadcasters and teams look to extend their digital fan engagement, the future may lie in how to provide additional insight into the “beautiful” game itself. Case in point; player-tracking technology delivered by companies such as Prozone. 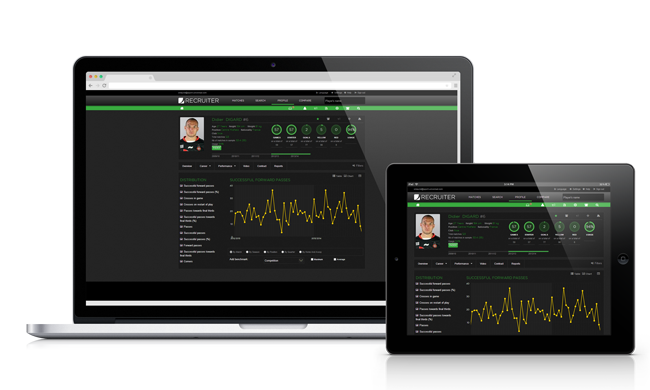 Player & Game Visualization – Data capture technologies are currently being used to track and analyze players on-pitch performances (training and match-day) for clubs themselves to better optimize player and game strategy. But as we see further advancement in converting that data and real-time tracking into fan friendly information, seen from companies such as Deltatre, we will begin to see broadcasters and individual clubs open the data to fans as part of the real-time, digital game day fan experience.

While European based sports could be argued as the most global in reach, most are still an anomaly to many North American sports fans. Yet, the way in which these organizations are re-thinking how they deliver unique value and better connect with their fans will drive innovation across country borders that benefits fans of all sports, no matter what corner of the globe they are in. Clearly, these leagues are dead set on growing their reach into the North American market, and that requires a long-view, and a unique approach to content and engagement.

The takeaway for any organization is this: reaching new markets today is not easily done through marketing alone. A digital roadmap needs to take into account the diverse needs and expectations of a localized audience, and brands need to consider ways to deliver the kind of experiences that focus far more on the customer than on business needs.

We’ve written before about the challenges that come with innovation, and the need to select the right partners to help guide digital innovation efforts. Engine Digital is that kind of partner, having worked across verticals – including the sports, media, and entertainment space – to help global brands rethink how digital can drive customer engagement across web, mobile, social, and connected retail channels. Interested to learn more? You should reach out to us.